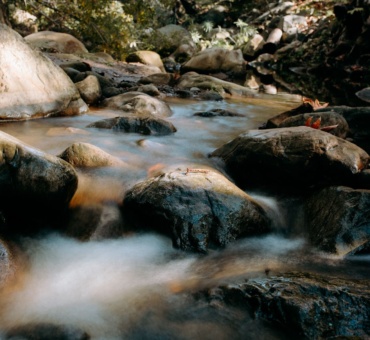 Channelkeeper and five other environmental groups recently reached a settlement agreement with the Federal Emergency Management Agency (FEMA) under which FEMA has agreed to expedite environmental reviews of the impacts of its National Flood Insurance Program (NFIP) on all endangered species in California.

Previously, FEMA’s policies incentivized infilling of critical endangered species habitat. Landowners seeking to construct buildings in flood plains (i.e., low-lying areas near waterways) are required to purchase flood insurance. To exempt themselves from flood insurance requirements, landowners were able to petition FEMA for revisions of the official flood plain maps. To move a property out of the floodplain, landowners could propose adding layers of fill to the land to artificially raise the elevation of the property. In doing so, critical endangered species habitat was sometimes destroyed. Until now, FEMA has not been required to consider the impacts that its Flood Insurance Program has on endangered species. In Santa Barbara County alone, FEMA has implemented at least 528 revisions to the 100-year floodplain maps.

Given the substantial overlap between the 100-year floodplain and designated critical habitat for endangered species, the six organizations alleged in their lawsuit that a substantial number of map revisions has occurred within areas throughout California that are designated as critical habitat for ESA-listed species and therefore, have adversely impacted those species or critical habitats. The coalition of environmental organizations requested that FEMA conduct a Biological Evaluation with the U.S. Fish and Wildlife Service to develop a new process that accounts for endangered species.

This review effort should lead NMFS and USFWS to impose new species protective measures on the NFIP, a program which has had the federal government essentially subsidizing the destruction of endangered species habitat with little oversight or review.

To provide interim protections for endangered species while these activities are taking place, FEMA has further agreed that it will not issue any Letters of Map Revision based on Fill (“LOMR-F”) or Conditional Letters of Map Revision based on Fill (“CLOMR-F”) in the Six Counties until the earlier of the initiation of the ESA section 7 consultations has occurred (and FEMA has developed interim protective measures under ESA section 7(d)), or five years has elapsed. Notably, LOMR-Fs and CLOMR-Fs are two of the biggest NFIP-related actions that are likely to adversely impact endangered species.

The settlement agreement also requires FEMA to provide informational updates to facilitate their oversight of FEMA’s compliance with this agreement.