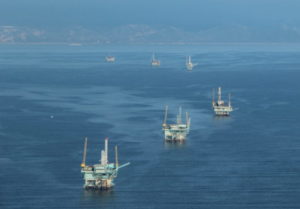 On January 4th, the Trump Administration released its proposed National Outer Continental Shelf (OCS) Leasing Program for 2019-2024, which would open up more than 90% of the total OCS for potential new oil and gas exploration, including in the Santa Barbara Channel. This new plan would threaten the progress California has made to protect our coastal resources and to transition from dirty fossil fuels toward cleaner, renewable energy sources.

Channelkeeper is tracking and weighing in on this proposal as it moves forward and will strongly oppose new oil and gas leases in the Santa Barbara Channel, but we need your help! The government is accepting public comments on the proposal until early March. Click here for more information on the proposal and how you can take action to ensure that our coast protected from the risks associated with new oil and gas drilling. Thank you!