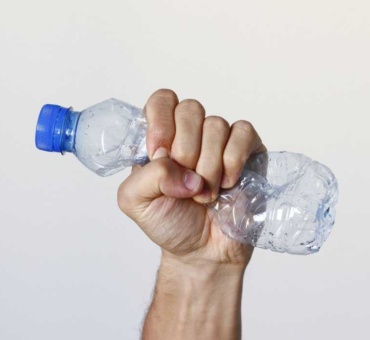 On June 30th, Senate Bill 54 was signed into law by Governor Gavin Newsom. The bill represents the most significant overhaul of California’s plastics and packaging recycling policy in history and surpasses other states’ efforts to reduce plastic production at the source. It also advances work to build a circular economy, which is necessary to mitigate the effects of climate change, and provides funding to support communities in a variety of programs, especially those communities disproportionately impacted by the effects of plastic waste.

The legislation shifts the burden of plastic pollution from consumers to the plastics industry. The bill sets a 25% source reduction goal for single-use packaging production by 2032. In that same year, it requires that at least 65% of plastic items sold, distributed, or imported into the state be recyclable. The bill also requires the plastic industry contribute $5 billion of environmental mitigation funding that will go toward environmental restoration and cleanup.

Ensuring industry accountability will be important to the success of these measures. In addition, even though the bill bans incineration and combustion of plastic, it leaves open the possibility for chemical recycling, which has significant environmental impacts and thus, should be closely monitored and discouraged.

With the passing of SB 54, the California Recycling and Plastics Pollution Reduction Act Initiative, a ballot measure that California voters were going to have the opportunity to vote for on the November 2022 ballot, will be removed.