In late 2016, Channelkeeper and the Environmental Defense Center (EDC) filed a lawsuit against two federal agencies for approving permits for fracking, acidizing, and other “well stimulation techniques” (WSTs) from oil platforms offshore of California without first completing a full environmental impact assessment and consulting with federal wildlife agencies on potential impacts to endangered and threatened species, as required by the National Environmental Policy Act (NEPA)
and Endangered Species Act. 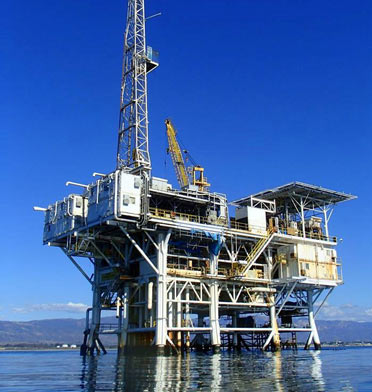 First we overcame the feds’ attempt to have our lawsuit dismissed, and then, in November 2018, we prevailed on our Endangered Species Act claims, which prompted a court-ordered moratorium on the approval of any new permits for the use of WSTs until the requisite process of consultation with the US Fish and Wildlife Service is complete. The court also ruled that the agencies violated the Coastal Zone Management Act by failing to allow the California Coastal Commission to address potential harms to the State’s coastal zone.

Channelkeeper and EDC won another round in April 2019 when the court denied a request filed by oil company DCOR for a special exemption from the moratorium so it could secure permits to utilize WSTs at Platform Gilda (9 miles offshore of Rincon). Then in May 2019, the American Petroleum Institute, an intervenor in the case, filed an appeal to challenge the court’s partial ruling in our favor. To defend our legal victory, Channelkeeper and EDC responded by opposing their appeal and filing our own appeal in attempt to reverse the court’s unfavorable ruling on our NEPA claims. Our goal is to compel the federal agencies to conduct a full environmental review of the impacts of WSTs on the environment, including air and water pollution, as well as harm to marine and coastal wildlife, such as the threatened Southern sea otter and Western snowy plover.