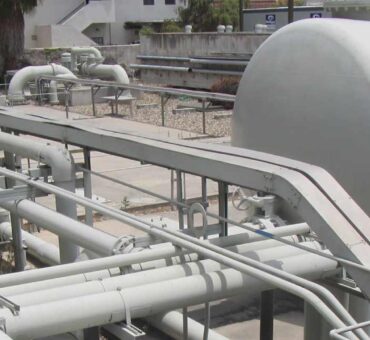 Last week Channelkeeper noticed an item on the consent agenda for the Santa Barbara City Council’s June 2, 2020 meeting which would have serious implications for the future of our city and its long-term impact on the environment. The City was preparing to sign a contract with the State Department of Water Resources for a $10 million grant for its desalination plant, which would have obligated the City to operate the plant at full capacity (3,125 acre-feet per year, about one-third of current City demand) for 36 out of the next 40 years, regardless of whether or not desalinated water is needed or makes economic sense.

Channelkeeper quickly drafted and emailed a letter to the City Council outlining concerns with both the substance and process of this decision. Our letter notes that current policy and permits only allow the City to use the desalination plant to produce water during a drought emergency, and therefore the City has no legal authority to make this kind of long-term obligation to operate the facility continuously regardless of whether or not we are in a drought. Moreover, entering into a binding agreement with such an obligation directly contradicts commitments the City Council has made publicly to its rate payers numerous times over the past six years that reactivating the desal plant was a temporary emergency measure to meet a shortfall in supply caused by the drought and that the long-term role of desalination in the City’s water supply portfolio would be revisited with full public and environmental review once the drought was over.

Desalination is the City’s most expensive source of water supply, primarily because it requires a huge amount of energy to operate. In fact, reactivating the desal plant has increased the City’s energy use by MORE THAN 50%, causing a significant increase in greenhouse gas emissions. Due to its prohibitively high cost, desal only makes economic sense during droughts when other cheaper sources of supply are limited. In addition, Santa Barbara’s desal plant uses open ocean intakes to draw seawater into the plant, which suck in and kill massive amounts of marine life in the process. Finally, desalination also produces concentrated brine, which is dumped back into the ocean along with a stew of chemical additives and is toxic to marine life.

Channelkeeper has been the sole environmental advocate voicing concerns about desalination since the City first began considering reactivating its mothballed plant six years ago. We’ve urged the City to only consider desalination as a last resort after other, less expensive and less environmentally harmful options – like increased conservation and efficiency, stormwater capture, and recycled water – are fully exhausted. Then, if desalination is still needed to satisfy any remaining shortfall in supply, we’ve urged the use of best available technologies and mitigation to minimize the significant environmental impacts. In its desperate frenzy to secure desal water during the drought, these concerns have largely fallen on deaf ears. Now that the drought is over, it’s time for City leaders to revisit and take a serious look at the rationality and prudence of desal over the long term through an open and transparent public process.

Compounding the lack of public transparency with which the City was seeking to making this monumental, course-altering commitment is the fact that the City apparently now intends to adopt a new Enhanced Urban Water Management Plan next year without any environmental review.  It’s likely that the City will attempt to redefine desalination as an ongoing source of supply regardless of drought status via this new Plan. It is important to note that the City has never completed an Environmental Impact Report (EIR) that analyzes and mitigates the environmental impacts of running the desalination plant as a permanent, ongoing part of the City’s water supply, nor of expanding its capacity to provide water to Montecito for that matter.

In our letter, Channelkeeper urged the City Council to delay signing the grant agreement and the major and unvetted obligations it places on the City and its rate payers and to undertake full environmental review prior to making any shift in policy related to the long-term role and operation of the desalination facility as required by law.

The City subsequently pulled the item from the June 2nd meeting’s consent agenda and has rescheduled it for a public hearing at the June 16th City Council meeting. Channelkeeper encourages you to learn more about the environmental and economic concerns surrounding Santa Barbara’s desalination plant on our website, to check out our recent letter, and to voice your opinion about this serious matter to City Council on or before their June 16th hearing. Thank you for your activism on behalf of our environment!