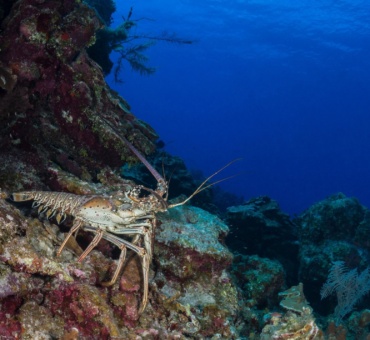 Marine Protected Areas, or MPAs, are parks and protected areas that provide safe havens for marine wildlife to reproduce, grow, and replenish. MPAs support the long-term conservation of marine wildlife and habitats. In 2012, California completed the nation’s first statewide network of underwater parks in an effort to cultivate stronger and more resilient marine ecosystems. The Santa Barbara Channel includes a network of 19 MPAs, five along the coast and 14 surrounding the Channel Islands, which protect over 350 square miles of marine waters and habitat types, including kelp, eelgrass, and rocky reefs.

Marine Protected Areas are considered one of the best conservation tools available today, and they generally function by restricting certain forms of fishing, which can make them unappealing to many fishermen. However, many MPAs provide benefits to fishing communities. Scientists and resource management specialists around the world have long observed fishing benefits from well-designed and well-managed MPAs. This outcome was recently documented in our own backyard.

A study conducted by UCSB professors Hunter Lenihan from the Bren School of Environmental Science & Management, Dan Reed from the Marine Science Institute, and other researchers determined that marine protected areas have benefitted the commercial spiny lobster fishery in our area. In fact, the researchers found that establishing marine reserves enhanced commercial catches despite reducing the overall area open to fishing or that fishermen could fish.

The team compared lobster populations and catch records from waters off the coast of Santa Barbara and Goleta. From 2012 through 2018, divers conducted surveys of the size and abundance of lobsters at five sites. The data revealed that the number and biomass of lobsters increased in and around the marine reserves once fishing was prohibited. In one fishing zone containing two MPAs, annual lobster landings more than doubled in the six years after the MPAs were established despite a 35% reduction in fishing area. This indicates that lobsters were reproducing and growing inside the reserves and spilling out into surrounding areas.

Researchers have therefore concluded that marine reserves increase fishery landings by allowing lobsters to grow in size and numbers within the reserves and migrate into fishable areas.

These findings underscore the importance of Channelkeeper’s work to build stewardship in support of MPAs and educate the public about the benefits of marine reserves. Channelkeeper’s MPA Watch program works with trained volunteers to monitor human uses and activities at the MPAs at Campus Point in Goleta and Naples and Kashtayit MPAs on the Gaviota Coast. The data our volunteers collect can contribute to studies such as this one, by providing important information to help scientists understand how people are using MPAs and to determine how these uses correspond to biological changes in marine life.

Explore the many benefits of MPAs here and sign up to be an MPA Watch volunteer! Walk designated sections of the coast and use our datasheets to record human activities that you observe. Click here to attend a virtual training and get involved.