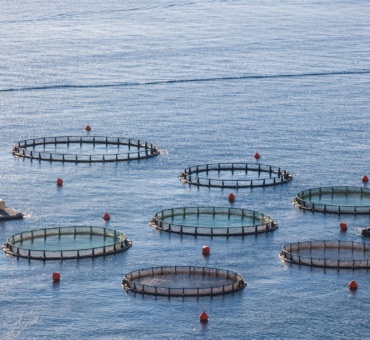 In response to a Trump-era Executive Order, federal agencies have begun steps to identify locations as potential sites for commercial aquaculture operations. The Santa Barbara Channel—along with areas in the Gulf of Mexico and waters off Marina del Rey, California—was selected by the National Oceanic and Atmospheric Administration as one of the first areas to assess for future aquaculture development.

Currently, the Channel has two active aquaculture projects along the coastline. The federal government’s plans could lead to additional proposed projects in the Channel, including offshore finfish aquaculture.

Certain types of aquaculture projects, such as those for shellfish and seaweed, generally may have benefits that outweigh the drawbacks. However, offshore aquaculture operations for finfish (such as tuna or tilapia) present significant risks to the environment. These include, but are not limited to:

In addition, there isn’t a permit program in place to regulate aquaculture operations in federal waters or strong standards to protect the marine environment from the impacts of finfish aquaculture.

Channelkeeper is actively monitoring efforts to permit aquaculture operations in the Channel. Earlier this summer, we joined a coalition of ocean-conservation groups in submitting comments to NOAA to urge the agency to comprehensively research the ecological, social and economic risks and benefits of new aquaculture projects in the Channel. In addition, we advocated for a robust regulatory framework to be put in place that includes standards and compliance measures to minimize environmental impacts on both water quality and marine life. Stay tuned for opportunities to engage in the public comment process.